Thanks to TCHC associate member / THC history steward Lanny Ottosen for his considerable assistance in researching this story.

Surrounded by office complexes near 8329 N MoPac, nestled against the railroad tracks, sits an old riding stable hidden from view. If you didn't know it was there you would never notice it. We know it was a riding stable because it was serendipitously "rediscovered" by someone who as a kid rode there. On a Facebook history group, other people that had spent their childhood taking riding lessons there came forward. Other people local to the neighborhood that knew about the building chimed in “We always wondered what that building was!”.

Once rediscovered, and recognized as having been a riding stable, the question was what was the history? Unfortunately the people that took riding lessons there as young children didn't remember the name. Here’s what we’ve learned thus far.

A look at aerial photographs of the area showed the stable was part of a larger ranch / farm; the building dates to at least 1940, the earliest aerials available to us. The first name we can put on the property with confidence is the O’Neill Riding Stable, 8500 Balcones Trail. That address predates MoPac, the construction of which, and later the renaming of Balcones Trail to Balcones Drive, threw street numbers off. So we relied on properties on old Balcones Trail in that area whose location we were confident of to confirm O’Neill Riding Stable at that address.

O’Neill Riding Stables shows up in newspaper advertisements in 1959, run-by Frank “Dutch” O’Neill and wife, Madeline O’Neill (subsequent contact with descendants confirmed they owned the business but rented the stables).

Here is where the story gets really interesting. Madeline was the daughter of Robert Allen (better known as R.A.) McElroy who raised Palominos. One named Riley Boy is in several “who's who” of Palominos, e.g. Official Stud Book and Registry, Palomino Horse Breeders Of America. McElroy had three daughters, one, Pat, was a “model” that moved to New York. But Madeline was into horse riding and training.

Austin’s paper in 1946 proclaims “McElroy’s Riley Boy To Go on Tour Of Nation Soon .. often called ‘Texas’ most beautiful horse,’ will leave his Travis county ranch home soon on an exhibition tour that will take him pretty well over the nation, and is expected to culminate in Madison Square Garden next winter … McElroy for the past five years [i.e. 1941] has been engaged in raising and training Palomino horses, and now has approximately 50 on his ranch northwest of Austin (italics mine). Miss McElroy is an expert rider and trainer. A picture of Miss McElroy riding the famous horse will adorn the cover of the National Palomino magazine next month.”[1] In 1947 McElroy presented a framed picture of Riley Boy, with daughter Madeline riding him in a classic "Lone Ranger Hi-Ho Silver" pose, to then Governor of Texas, Beauford Jester.[2]

So was the stable at 8500 Balcones Trail part of the ranch cited in 1946 about McElroy? Another article from 1950 cites the ranch “at Fiskville”[3]; the stable is less than 2 miles from the Edward Zimmerman home on Payton Gin Rd, one of the founders of Fiskville[4]. The Balcones Trail location fits the criteria of being both northwest of Austin and near Fiskville.

We don’t know if O’Neill Riding Stables was in business before 1959, but in 1960 Dutch and Madeline O’Neill sold the property (or business) and it was renamed Balcones Riding Stables.[5],[6]

We know a riding stable by some name was here until MoPac was constructed from talking with people who as children rode here, and from one of the last owner's daughter. If you have information about the stables, would love to hear from you!

Photos of the stable

The property on which the stables are located was eventually acquired by Radian Corporation who restored the stables, called the “Radian barn”. The newsletter below from 1980, furnished by a former employee, provides some history on the restoration of the stables. Click to enlarge images. 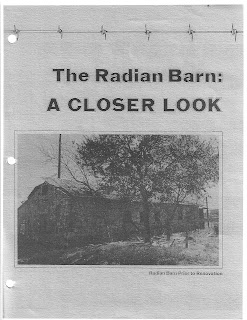 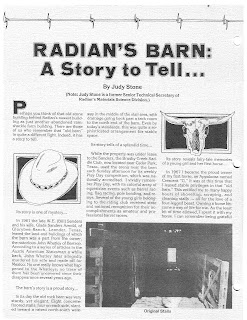 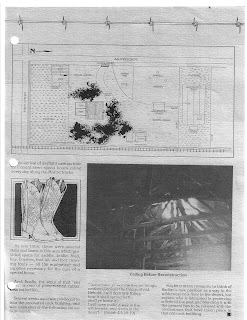 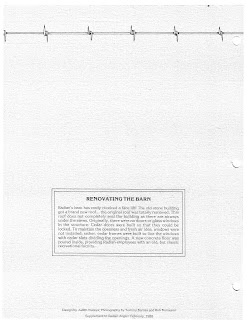 [5] Austin American-Statesman (Austin, Texas) · 21 Jul 1960, Thu · Page 39. A Comptroller of Public Accounts news clipping reported a sale to a "Miss Sally Ann Shultz". A deed search by the Travis County Clerk’s Office found no deed transfer leading one to believe it was possibly the sale of a business, not property.

[6] The Austin American (Austin, Texas) · 6 Aug 1961, Sun · Page 45. While the address for Balcones Riding Stable is not given, the phone number is the same as O’Neill Riding Stable.